“Hi Hans,
Always enjoy your posts.
Conversations can be so frustrating, let’s take land use for example, I briefly figured out the thousands of acres available along highways and inner median space; some areas maybe cover roadways (why not). Highways could involve all layers of community and government (which I realize could complicate)
What do you think? Also with greater efficiency why not hydrogen storage along canals, lakes and rivers.
Thinking BIG”

To which I quickly responded in this way… 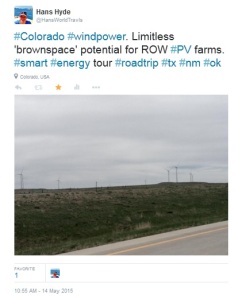 ^^^^ exactly what you are talking about.
I have wanted to take that to the next level and saturate all the open/brown space within transmission Right of Ways (ROW). Less chances cars or semis will plow through them… and they are already within the domain of the utilities –> so reducing the governmental and community hurdles you mention.

In hindsight, the majority of this past year I have expended significant energy searching for people of similar interests. Willing to move outside their comfort zone within specific energy sectors, and not needing to wait on a “solution technology” that has been sitting on the horizon for ages, but never gets any closer to solving our needs.

I am not certain I have found what I was looking for, but I know with greater clarity and deeper understanding, that all the pieces needed to craft this expansive machinery are here today, and they just need to be assembled. 20 years ago they did not exist, nor even 10 or 5 years ago, but they do now. They are still mystical, like ether to our current understanding, but they will not remain that way forever.

I can see myself falling off the radar on LinkedIn in my attempts to ween myself from wasting efforts saying,

Hey! It is not about what you would like to see happen, it is about what IS happening. How do you want to alter the course of The Titanic, knowing full well its course is already set regardless your actions?

I think everyone knows the ending to this story already, but I see it playing out over and over again within the energy sectors as though a different ending will be written.

One side refuses to acknowledge the iceberg is there… and has decided to profit as much as they can in the interim.

The other side accepts the iceberg exists and the ship will ultimately go down. But all their efforts, from my perspective, are going towards smoothing the waters leading up to that fateful collision.

I don’t want to do either. I want to launch the rocket carrying the satellite, either of gravitational mass or cosmic sail design, that joins with the asteroid 15 years before it strikes the earth. Thus, altering its course into a pathway that avoids the Earth’s position in 15 years, altogether.

I think people at heart want to do similar, but are uncertain as to how to achieve it. They want to be active, but don’t know how to assemble the necessary sail or launch the rocket in the first place.

Those that have no idea the asteroid presents a threat in the first place; we whom are aware of the ultimate consequences, understand enough about their habits, needs and desires already. We could “social engineer” so-to-speak their passive tendencies, aggregate enough of their needed weight without them knowing it, to ultimately set their mass beside the asteroid, thus help alter its course in a passive manner.

Right now, I’m putting the anchors needed in place to spin the ball on a string to make it happen. Except unlike Tether Ball, having two opposing side compete to see who “wins” as it gets closer to the pole, and finally makes contact – “Game Over!” I want to install a free spinning bearing at the pole’s top and keep letting out string so it never hits the pole in the first place.

Everyone can keep hitting the ball, as they are already doing, but all their contradicting efforts just act to propel it around in an ever increasing orbit. In much the same way a compound pinwheel spins at different rates, but turns on its main axis with any gust of wind. 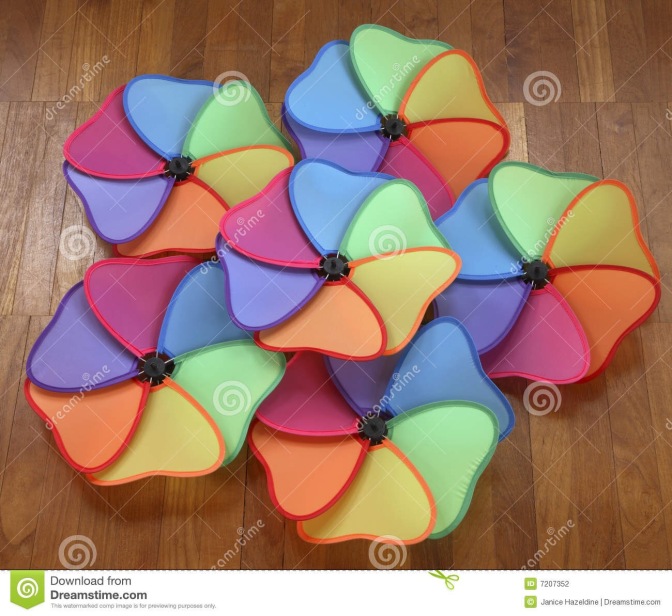 Recognizing this reality, and building off what we already know with all the tools “at our disposal”, assembling the mechanism to incorporate them all is what I’m pursuing. I’ve been eying up this blue whale of an understanding for a while now;

Knowing full well all this time, once I took the first bite, the battle to consume it all would just be the beginning of a wild ride. No different than how Captain Ahab’s obsession fueled journey extolls the values of a more reasoned and critically thinking crew, upon which any chance of success is vitally dependent.

[B]ut what’s this long face about, Mr. Starbuck; wilt thou not chase the white whale? art not game for Moby Dick?

I am game for his crooked jaw, and for the jaws of Death too, Captain Ahab, if it fairly comes in the way of the business we follow; but I came here to hunt whales, not my commander’s vengeance. How many barrels will thy vengeance yield thee even if thou gettest it, Captain Ahab? it will not fetch thee much in our Nantucket market. (36.34-35)

And, I feel as though I have just taken the first bite…. no stopping now, the battle has just begun!

Nicks, bruises and cuts along the way are inevitable. Worse injuries are just as likely, known and unknown… not to mention the unknown unknowns that have yet to present themselves.

All of which I have encountered countless times in my past have yet to kill me. There is no reason to fear any will in the future. I long ago reconciled any “fears of the unknown” need exist, setting a path through life devoid of any mental brick walls fear may impose on those whom believe in them.

I have put the seed in the ground, albeit only a few grains at that, to be the nucleus around which the first plant, my ideas, may grow. Knowing full well, those first grains of dirt will be the most difficult to acquire, and they ultimately will decide if the seed can take root.

I am ‘ancy’ at the moment. Not because I sit at the precipice overlooking the water far below, not willing to take the first step. But rather, because I am mid-air and time has suspended itself. I am neither in the water, nor sitting on the cliff edge. I am somewhere in between, the decision already made, the water not yet surrounding me.

But with mass comes gravity to help over time. Bringing together the first clump of dirt will be the most difficult, but I can already can see the garden, forest and biosphere that I know is possible.

Hurdles are not setbacks. They are only opportunities and nutrients required to grow. And it is time to start putting those hurdles together, knowing they will feed the seedling with everything it needs to grow.

If you enjoyed this article, please consider sharing … http://wp.me/pfF9G-Dmm

Please consider sharing if you enjoyed this article

2 thoughts on “Asteroids, The Titanic & The Allusive White Whale of Energy”